Just another reason to drink 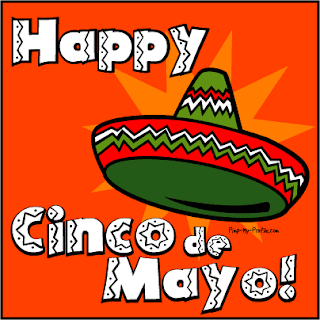 Happy Cinco de Mayo!
I know that it has nothing to do with either the Canadiens or hockey, but Cinco de Mayo (Spanish for "5th of May") commemorates an initial victory of Mexican forces led by General Ignacio Zaragoza Seguín over French forces in the Battle of Puebla on May 5, 1862. The date is observed in the United States and other locations around the world as a celebration of Mexican heritage and pride... and a reason to drink Mexican beer!
It also times nicely with this year's exit of the Habs from the NHL playoffs.
Too bad we couldn't make it to the Cayman Islands for their annual Cinco de Mayo air guitar competition. Oh well, pass me another Corona instead. Una cerveza, por favor!!!

Email ThisBlogThis!Share to TwitterShare to FacebookShare to Pinterest
Labels: another reason to drink